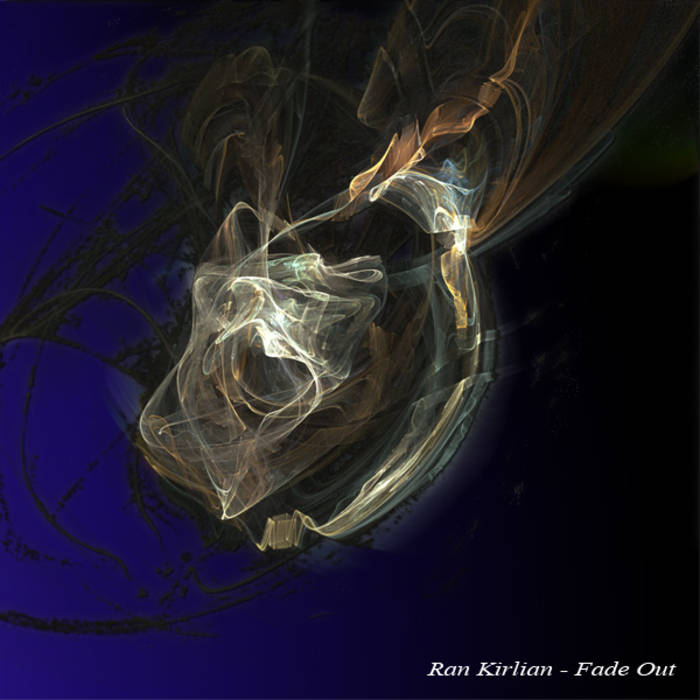 This drifting work offers an inner vission of the cosmos thru a continuous flow of rhythmless textures and floating passages full of melody and harmony, creating an intimate experience with over 78 minutes of pure space ambient. Synthesizers have here a huge presence, building melodic structures, sometimes far away from the darkness I touch in other works.

Fade Out was revisited with remastered sound and redesigned album art in 2013. 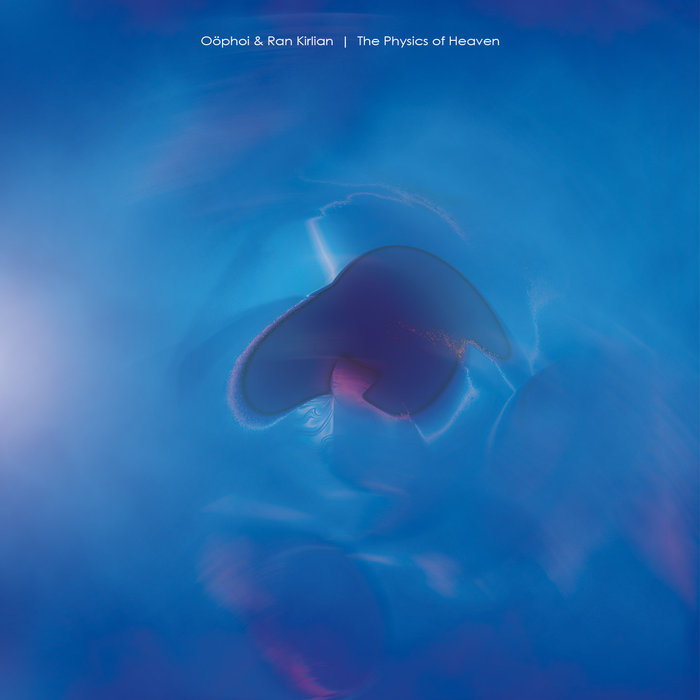 On “Amnios: The Complete Recordings”, Oöphoi envisioned the very beginnings of life. Now in collaboration with Ran Kirlian, Oöphoi explores what Heaven maybe like on “The Physics of Heaven”. From the first Breath and the Ascent, the ethereal cords and pads are light filled providing the listener with a broad sense of uneasy serenity with natural sounds. Seamlessly, a sagacity of the enigmatic prevails as one looks across the White Shores of fluid pads with no end in sight… Just past the midway, the colors turn to obscurer hues through the granular drones of Transmigration unfolding only to The Golden Fields of peace with some of the brightest tenors over waves that fade, leaving the last few notes of life. Upon death, there is a reflection on legacy, the footsteps left behind…

Oöphoi and Ran Kirlian have left us with more than just the soundscapes to contemplate but the eternal. 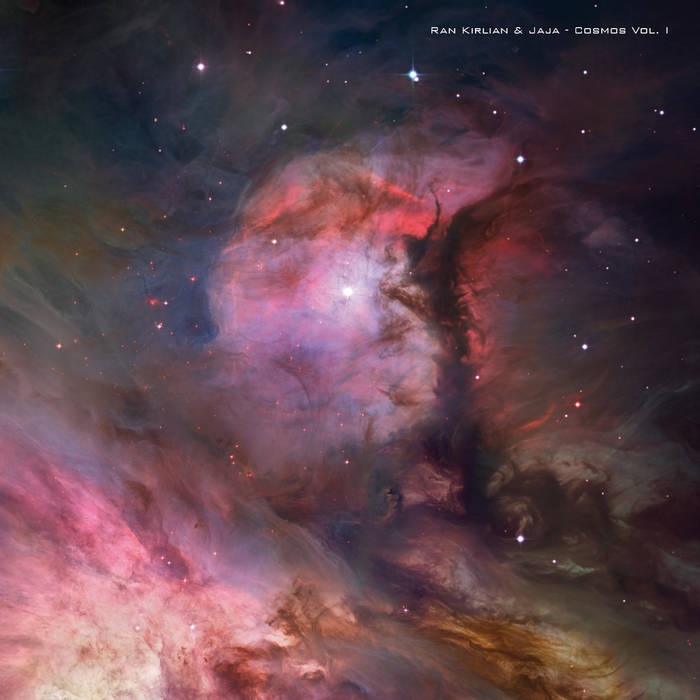 Cosmos is the first collaborative work between prolific ambient wizard Ran Kirlian and german based electronic alchemist Jaja (Jana Rockstroh). When Ran Kirlian and Jaja met first time in 2012 they recognized the same deep bond about space and music.

They immediately thought of doing a collaborative work to share their visions and to bring out the best of their both worlds. What followed was a fulminant adventure and a truly colorful journey into deep space territories, a powerful flow of pure space-ambient music based on improvisations on synthesizers.

Now, the result is the first album on a series of electronic space-ambient dedicated to the magnificence of the Universe and the figure of one of its biggest explorers: Carl Sagan. Cosmos is pure space-ambient flow with four timeless ambient journeys into outer space full of stars.

“Cosmos Vol. 1” (the first album in a series of electronic space-ambient dedicated to the magnificence of the universe and one of its biggest explorers: Carl Sagan) marks the debut collaborative work by Spanish ambient composer Ran Kirlian and his German soul mate Jana Rockstroh (aka Jaja).

The album contains 80-minutes of profound atmospherics featuring four massive, deep and extensive soundscape textures, all curling smoothly through the wonders and splendor of magnificent galaxies toward infinite worlds beyond. If you’re a fan of emotive, harmonic and imaginary ambient-space music, the improvised sonic explorations featured here will be right up your alley.

The physical edition of the release is limited to just 50 copies. 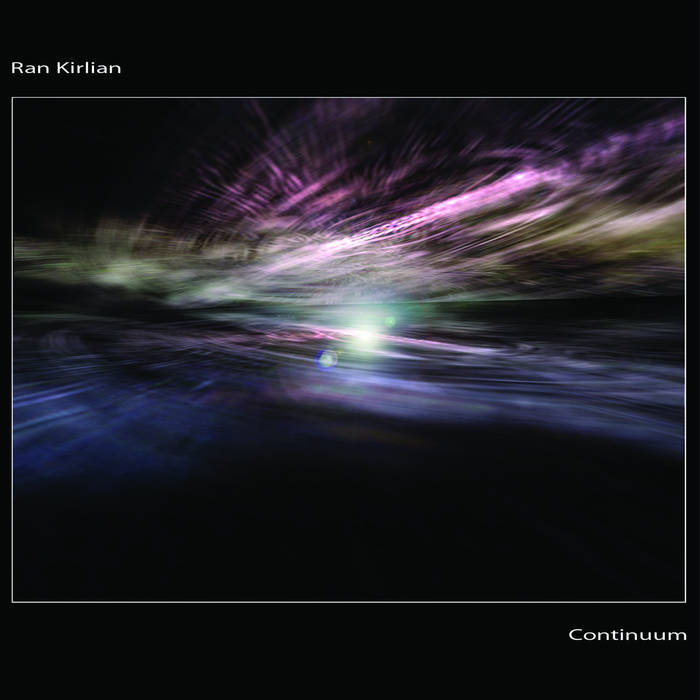 After five years in the making and a strong process of depuration  that left behind music enough for a triple album, Continuum marks the return of Ran Kirlian to space ambient atmospheres and ethereal soundscapes, collecting music recorded from 2005 to 2010 and finally mixed and mastered during 2011.

This album is a deep and intimate voyage that offers a continuos flow of evolving soundscapes and harmonic structures both from the outer space and the inner void.

All music composed, performed, produced and recorded by Ran Kirlian at The Blue_Room 2005-2010. Sound sources include: analogic and digital synthesizers, samplers, treated sounds and field recordings. 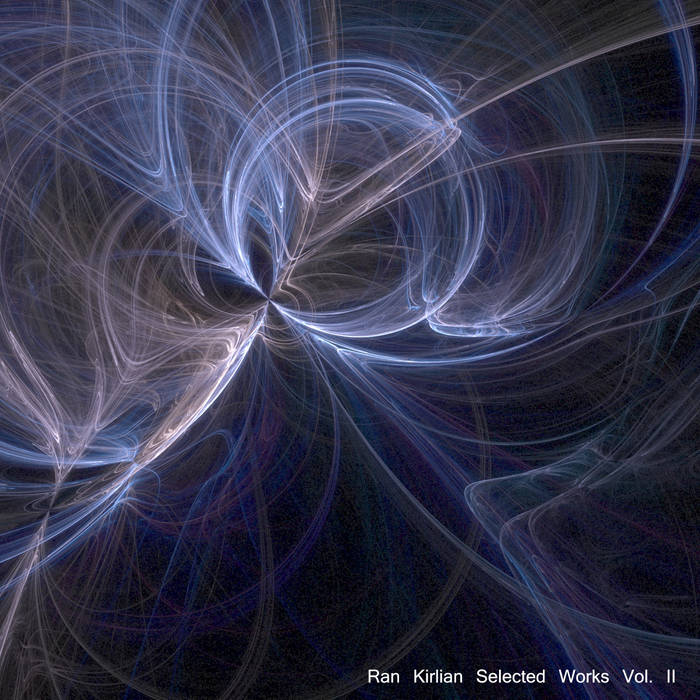 Selected Works Vol. II collects music from atmospheric, space and dark-ambient styles of Ran Kirlian composed and recorded during the years 1999 to 2007.

The music included in this selection was remastered (when possible) and mixed to provide a continuous and organic flow to enhace the listening experience. It collects music from the albums Obscurity (1999-2000), Isolated Landscapes (2001), Melting Point (2001), Limbo (2001), Initial Flow (2002, now discontinued), Fade Out (2003), Elements in Motion (2004) and Sleeper (2004) as well as a rare live version of Cortical Landscapes from 2005 and two previously unreleased tracks, Veronica from 2004 and Pisaura Mirabilis from 2007, just recorded for this album. Due to large time duratin, some fo the tracks had to be cut down to fit the mix.

Sound sources includes synthesizers, samplers, voices and treated found sounds. All tracks composed, performed, arranged and produced by Ran Kirlian at The Blue_Room between 1999 and 2007. 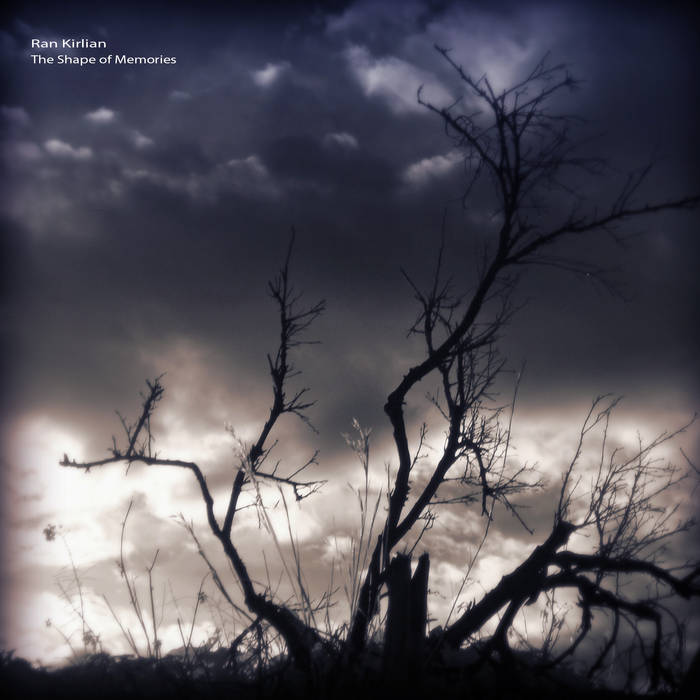 Ran Kirlian just released a new album entitled The Shape of Memories. It is a deeply intimate long form track of more than 66 minutes that was originally released in 2013 for Phillip Wilkerson’ Complex Silence Project and has been unavailable for some time. It has been rereleased in 2018, remastered and having some parts mixed again from the source in order to enhance the experience and fix some minor issues.

“This album was conceived as a long-form piece by combining smooth textures and minimal melodic weight with field recordings of a rainy autum afternoon, and it ended as a melancholic picture of the passing of time thru our memories. It has been described by many listeners as one of the most delicated works I’ve ever done. “

Here you can listen to a sampler of The Shape of Memories: 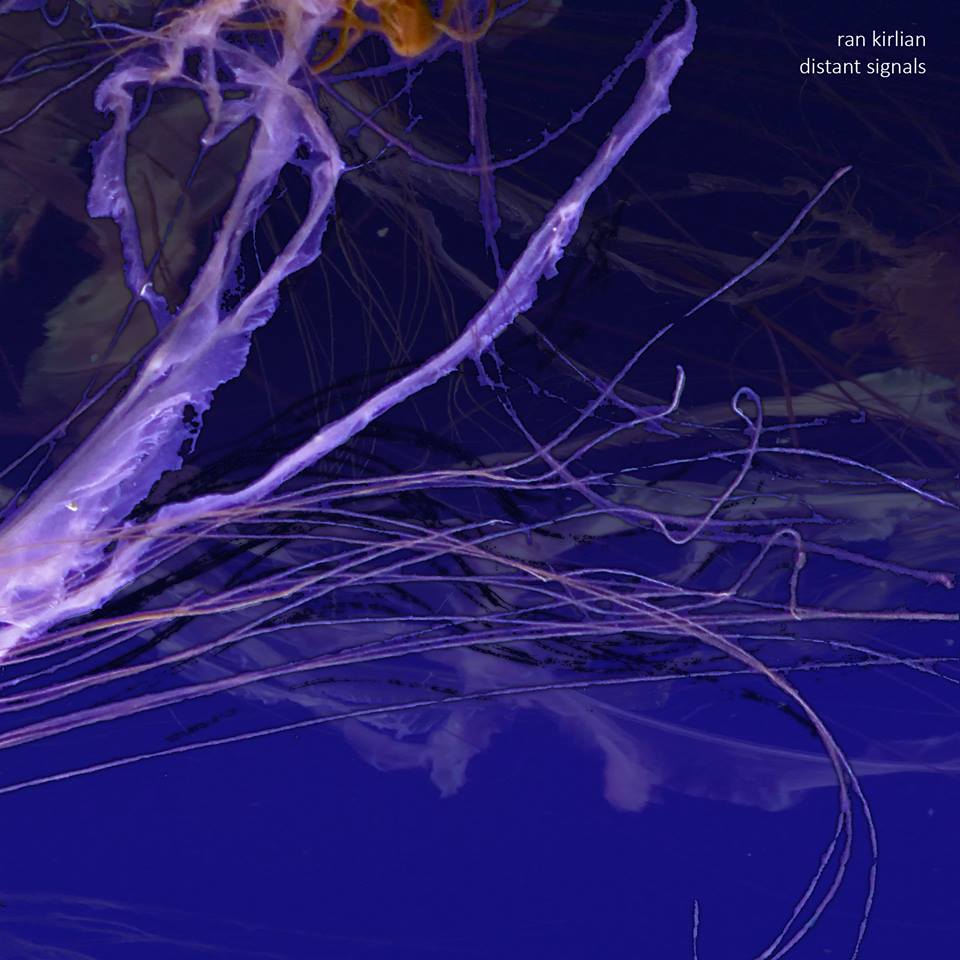 Distant Signals is the long awaited new album from Ran Kirlian (except for Ethernautica series), 5 years after the release of Cosmos and The Physics of Heaven and almost 8 years in the making. It also has a physical release with a limited run of only 25 copies in CDR format on jewel case and impressive artwork.

“Distant Signals was planned as a personal soundtrack for a deep space exploration, both inner and outer, based on pure electronic atmospheres build on minimal structures. Dark and light combines here in a flow of textures and subtle melodies laying on a vast environment out of time and space. The inital recordings were created letting things breathe, letting themselves mark the pace of the recording sessions, pulsating in the studio and me, provoking a state of consciousness that I have seldom achieved by playing my instruments. This is something that I would like to transfer to the listeners.

Although the sound of this album may occasionally sound out of control, I decided to keep it this way in order to preserve the essence of the creative process that inspired them. “

Here you can find a little sample of Distant Signals:

Distant Signals is a ten tracks album of 77+ minutes full of deep and soundworlds and minimalistic melodies with a intimal touch. Both physical and downloadable versions are available at Ran Kirlian’s Bandcamp. Remember that phyisical edition is a limited run.

Bert Strolenberg wrote a wonderful review of the album The Physics of Heaven by Oöphoi and Ran Kirlian at his website dedicated to Electronic Music Sonic Immersion: 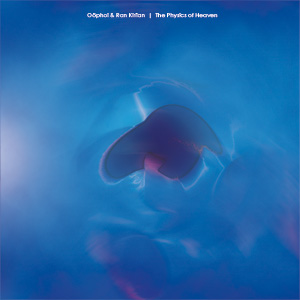 As Oöphoi, aka Italian deep-ambient composer Gianluigi Gasparetti, flies with the angels since a couple of months, Spanish soul-spirit and musician Ran Kirlian decided to release his wonderful collaboration with him, based on unfinished recordings by Oöphoi between 2009-2011 and additional stuff created by Mr Kirlian between 2012-2013.

As the release was meant to materialize before Gianluigi’s passing, and the latter wasn’t able to make that happen anymore, Ran Kirlian started out a sonic quest wherein he tried to stay close to the initial goal of his music. During that process he remixed two large soundworlds in order to a create a solid flow that also worked as a kind of argument for both of them. After Mr Gasparetti’s approval, Ran then started adding his own layers of sounds and polish and sculpt the final result towards an album that merged and expressed both their ideas about life and death.

“The Physics of Heaven” ended up as a continuous space of unleashed serenity and gently flowing non-rhythmic tapestries lasting for over 70-minutes. It’s an overall soothing, peaceful and profoundly ethereal ambient landscape radiating many colours as it explores the transition between life and death through different spiritual traditions and mythologies as the contemplative washes break on an imaginary eternal shore.

If you’re looking for something to caress the mind and soul smoothly, “The Physics of Heaven” will be most satisfying. Recommended! 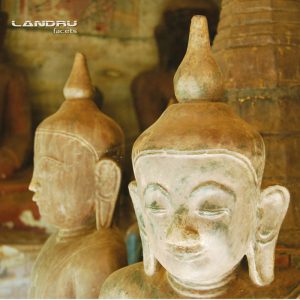 Facets is the new Chillout | Lounge double CD album released by Landru. With Facets, Landru shows his most intimate and serene side. It is definitely a delicate work, characterized by the coexistence of instruments, percussions and melodies from different cultures all around the world. 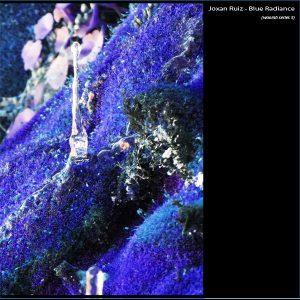 Blue Radiance is the second Woomh by Joxan Ruiz, a deep and meditative flow combining organic sounds with with electronic soundscapes. A 22 minutes long-form piece created specifically as a tone meditation, enhancing the living space as sonic incense.

Two new collaborative releases from Ran Kirlian are now available: The Physics of Heaven, with italian ambient master Oöphoi and Cosmos Vol. I with german based electronic alchemist Jaja:

“Oöphoi and Ran Kirlian have left us with more than just the soundscapes to contemplate but the eternal.”

Sadly Oöphoi passed away last week, so this albums also acts a personal tribute from Ran to the awesome work of the artist that was both a friend and a mentor to a lot of us, ambient lovers.

The Physics of Heaven is available at Ran Kirlian’s Bandcamp

Listen to some previews of The Physics of Heaven: 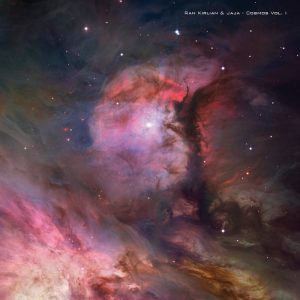 Cosmos is the first collaborative work between Ran Kirlian and the german based electronic ambient composer Jaja (Jana Rockstroh).

When Ran Kirlian and Jaja meet first time in 2012 they recognized the same deep bond about space and music. They immediately thought of doing a collaborative work to share their visions and to bring out the best of their both worlds. What followed was a fulminant adventure and a truly colorful journey into deep space territories, a powerful flow of pure space-ambient music based on improvisations on synthesizers.

The result of this work is a bast and poweful flow of pure space-ambient music based on improvisations. It is also the first album on a series of electronic space-ambient dedicated to the magnificence of the Universe and the figure of one of its biggest explorers: Carl Sagan.

Listen to some samples of Cosmos I: