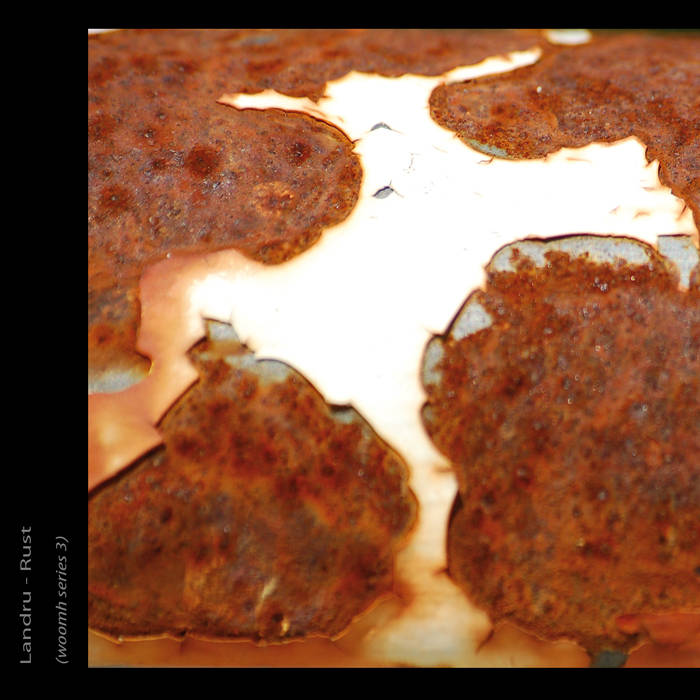 Rust consists of three previously unpublished tracks based on minimal evolving cinematic pads. Simplicity is the main nexus of this album as all pads were recorded lively using just a couple of digital synthesizers and sonic backgrounds based on field recordings.

Pictures, layout and cover art are also provided by Landru.